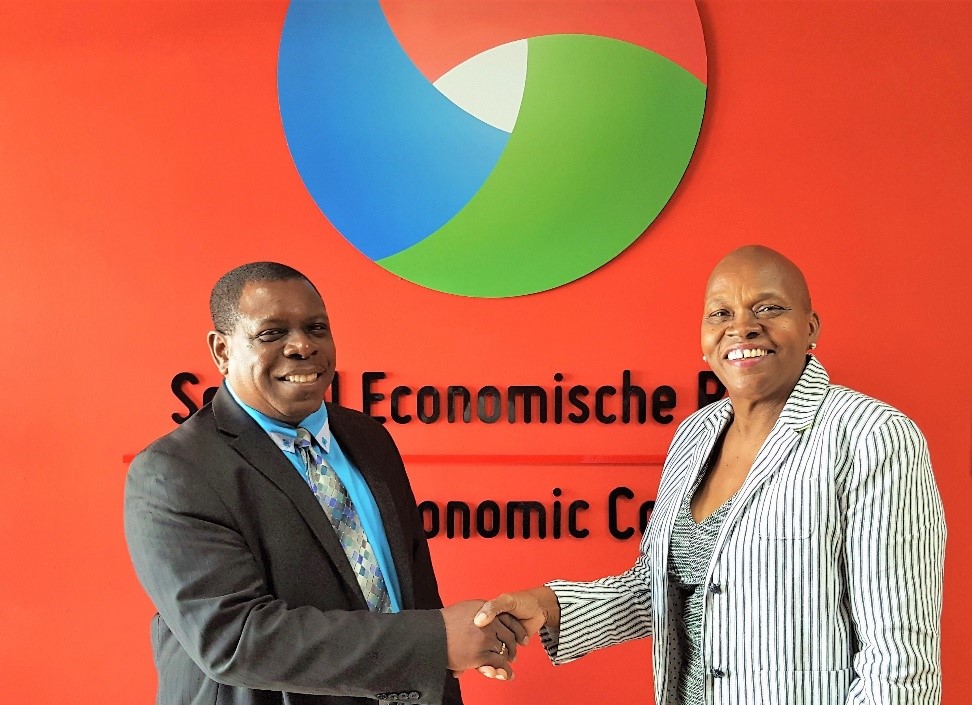 HARBOR VIEW—Chairwoman of the Social Economic Council (SER), Oldine Bryson-Pantophlet, welcomed the Chairman of the SER of Suriname, Ferdinand Welzijn on Tuesday May 17th. The Chairwoman congratulated him on being the latest addition to the family of social economic councils in the Caribbean and Latin America region.

As of April 2016 Suriname has re-established its SER. 2010 was the last year that the SER was active, during the tenure of former president of Suriname, Ronald Venetiaan.

The current President Desiré Bouterse installed the new members last month. Five members are nominated by the government (independent experts), four by the unions (employee representatives) and four members represent the business community (employer representatives). The council consists of 13 permanent members. Each member has a substitute. The meeting between SER Sint Maarten and SER Suriname is the first official meeting between the advisory bodies. The Secretary-General, Gerard Richardson gave a presentation about the work method of the SER, its composition and its role in Sint Maarten’s society. Mr. Welzijn expressed his appreciation and is looking forward to a fruitful cooperation between the Councils. 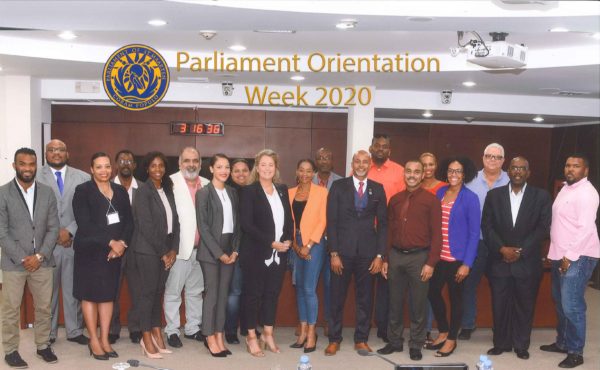 in Board, Government, Presentation, Secretariat