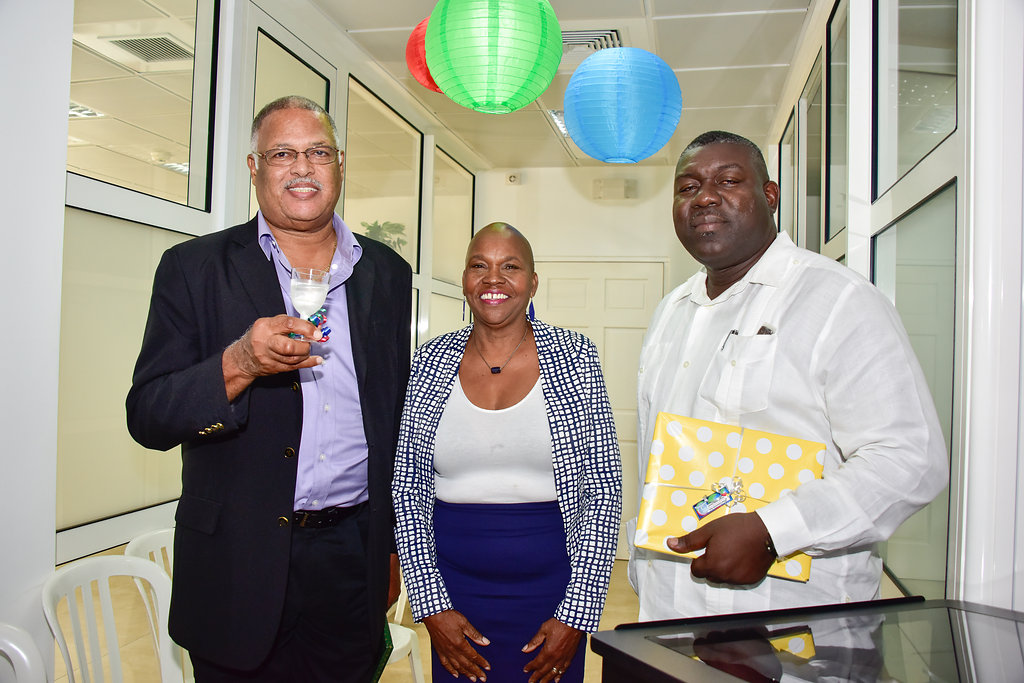 The board was appointed on May 1st, 2011 and therefore celebrated its 5th anniversary this year. Former Chairmen René Richardson and Arthur Bute were commended by Chairwoman, Oldine Bryson-Pantophlet for their contributions during the establishment phase of the SER. In her speech she stated “It is certainly challenging to build an institution, and the new board is grateful to build upon what you left behind”.

The Chairwoman stated that throughout the years SER Sint Maarten has developed a working relationship with SER Curacao, SER Aruba, SER Netherlands and similar advisory bodies in the region.René Richardson was at the helm of the SER during the first three years of the institution and was succeed by Arthur Bute in 2014. Richardson from his part stressed the importance of the institutions established after 10-10-10. As such, he encouraged the Chairwoman and board to continue with its work. Former Chairman Arthur Bute thanked his former colleagues for their support and stated that it was an honor to serve as a member during the time of the former Netherlands Antilles and later chairman of SER Sint Maarten.

In her speech Mrs. Bryson-Pantophlet thanked present and past members, staff, the present and past governments, the media, funding agency USONA and the department of Interior and Kingdom Relations (BAK) for their invaluable contributions to the sometimes challenging startup phase of the SER. Bryson-Pantophlet stated that the support of the main stakeholders is highly appreciated, and expressed her appreciation for the WICSU/PSU, UFA and WIFOL unions, and the Chamber of Commerce and SHTA. 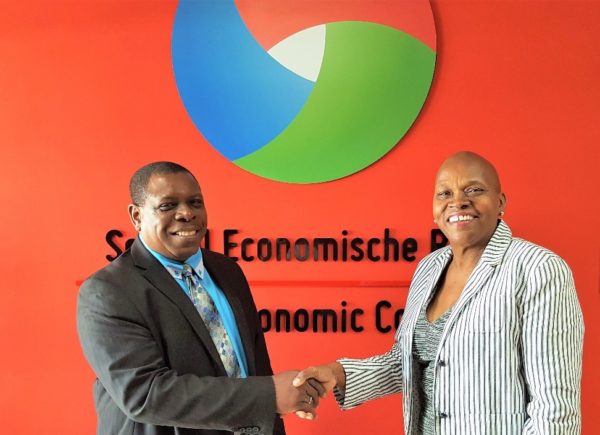 HARBOR VIEW---Chairwoman of the Social Economic Council (SER), Oldine Bryson-Pantophlet, welcomed the Chairman of the SER of Suriname, Ferdinand Welzijn on Tuesday May 17th. The Chairwoman congratulated him on being the latest addition to the family of social economic councils in the Caribbean and Latin America region.